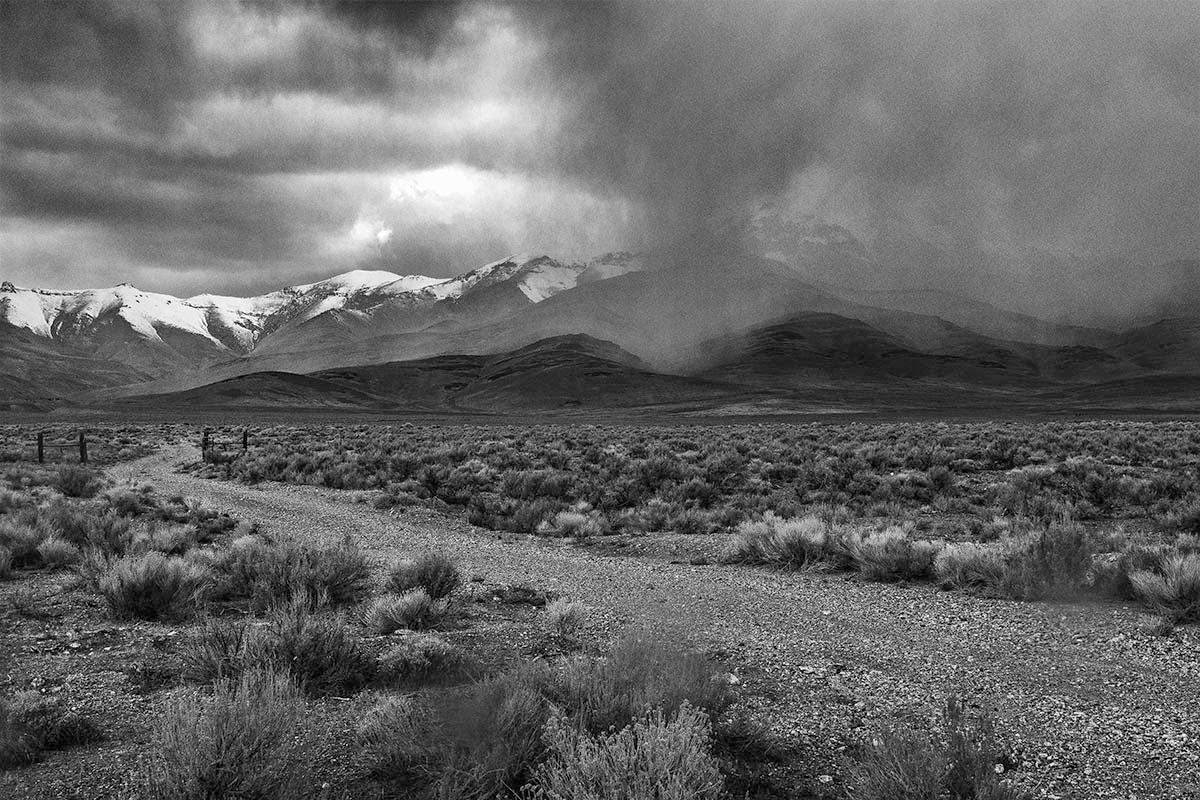 BACK IN WINNEMUCCA
By Jim and Shirley White

The gust of wind hit the car like an express train along with a spray of that clear and pure Nevada rain. I stopped the Subaru on the shoulder of the Unionville road in Buena Vista valley, about 40 miles southwest of Winnemucca, Nevada to watch this video of nature. The rain squall passed over us and lingered in a canyon against the East Range Mountains. We could watch no longer without shooting some pixels so out we went in the light drizzle to photograph this scene. It was beautiful.
We were in Nevada to attend the 26th edition of the “Shooting the West” photography symposium in Winnemucca.  This is a get together of photographers in Winnemucca to celebrate “Western Photography” thru a series of lectures, classes , vender exhibits and socializing with other photographers. One of the highlights of this event is the “Give it your best shot” photo exhibit in the East Hall of the Convention Center. We of course exhibit our prints and hope to win some cash for our efforts.
We were up in the Unionville- Buena Vista valley area one day before we attended the event because we like to photograph the old buildings of the early day mining village of Unionville, look for wild horses and antelope and also shoot some Nevada desert scenes. This little storm that passed thru the valley was just a little “blessing” or good luck that happened our way. We were a group of six from the Placer Camera Club that spent a good part of the day shooting among the old buildings, the Cottonwood trees, fences and flowers of this little hide-away.
Shirley and I like to explore so we broke away a little early from the group and wandered up the valley along the dirt road looking for some photo ops in the miles of sagebrush that seem to extend forever. A “House for Sale” sign up the valley a few miles at the fork of another dusty road caught our attention since we could not see a house in sight. With the use of glasses I could see a small square cabin a mile or so back toward and at the foot of the Humboldt Range. There has got to be some adventure here for sure.
The small square house was surrounded by a five foot stock fence with two barking dogs charging at me as I walked toward the gate in a strong north wind. There was a nice metal barn which looked like a 4 car garage and six small trees not more than 5 feet tall around the yard.  It was a really dry and parched looking homestead. An old man using a cane came out of the house shouting at me and I was not sure what he was shouting since the wind blew his sound away. I thought maybe we ought to run for it, but I stuck it out since there was a for sale sign on the fence nearby.  I don’t think he could have hit me with a shotgun with the wind blowing that hard.  The old man went inside and a woman came out the back door and headed for the fence. I stuck it out till she got to the fence and then met Alma. She said they were refugees from Idaho looking to get away from the crowds of Californians who had moved into Idaho. I said what a nice place they had and how much land went with the house. She said they had almost a one mile by one mile section of land (sagebrush) that went with the house and that their neighbor Bob was a really good neighbor. I asked where Bob’s house was and she pointed up towards the foot of the Humboldt Range and again using the glasses I could see a small square building of some sort. Alma said they had no phone service but could talk to Bob and did so daily by CB radio. They had a generator and their living room was underground under the house so it was nice and warm in the winter. She said they had lived there 18 years but her husband was on life support to stay alive and they thought they would move into town because the ambulance driver thought it was too far a drive from town for a simple heart attack. Her husband was on an implanted pace-maker which they had had trouble with. They had a 500 foot well and would we not come on in and stay for dinner? I asked how much for the spread and she said they had to get at least $300,000 which was how much they had into the property. After all it came with a 52 in.TV and a Satellite system. I thanked Alma for telling me about their house and we headed out towards town and our date for a Basque dinner at the Martin Hotel.
We photographed one Antelope and saw where a female Coyote and two pups had been killed along the road by a car. The dinner at the Martin was great and we can’t wait for next years “Shooting the West” Nevada experience. We’ll check back with Alma when we do come back next year and see if she will see her way to drop the price a little. A good neighbor like Bob is hard to find. 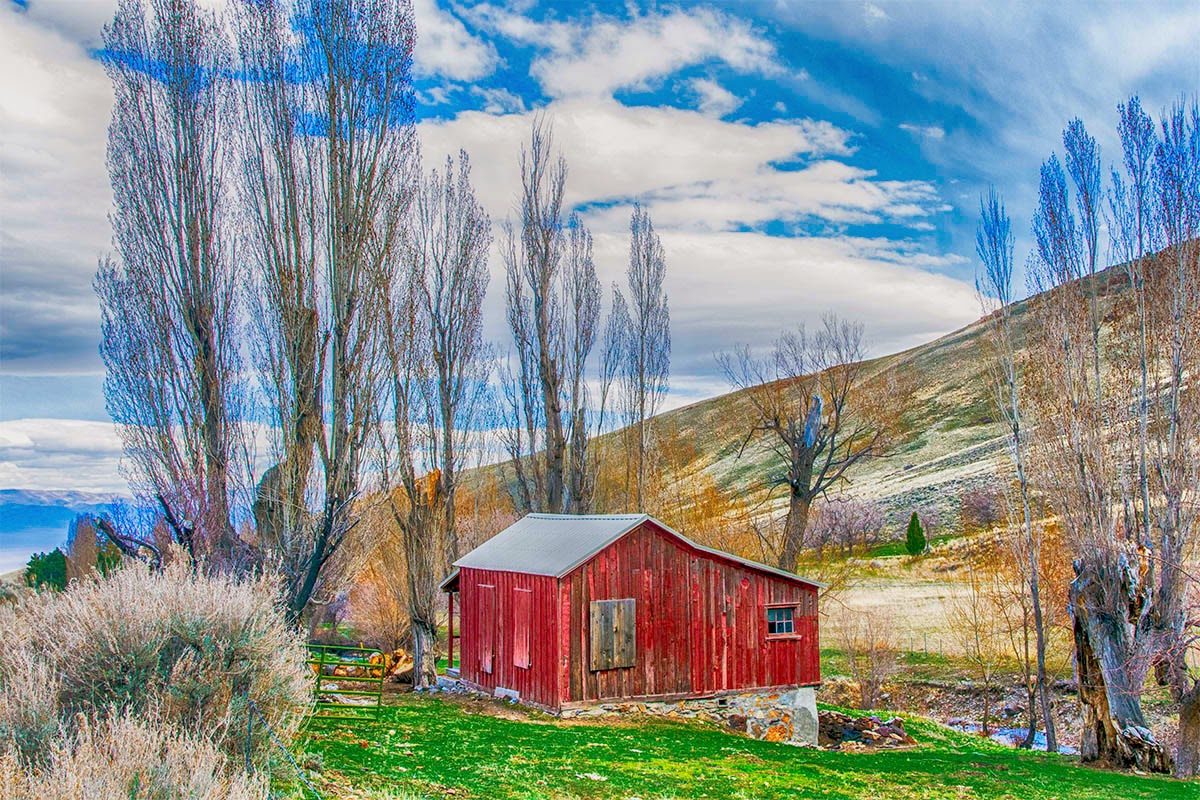 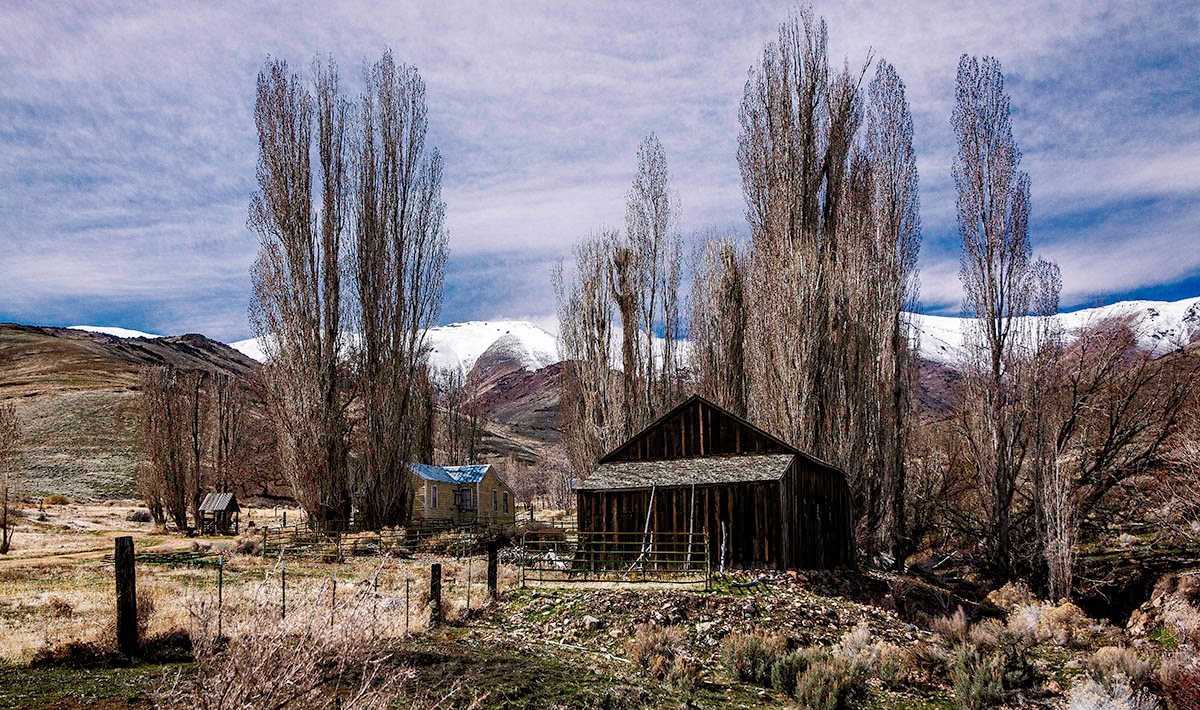 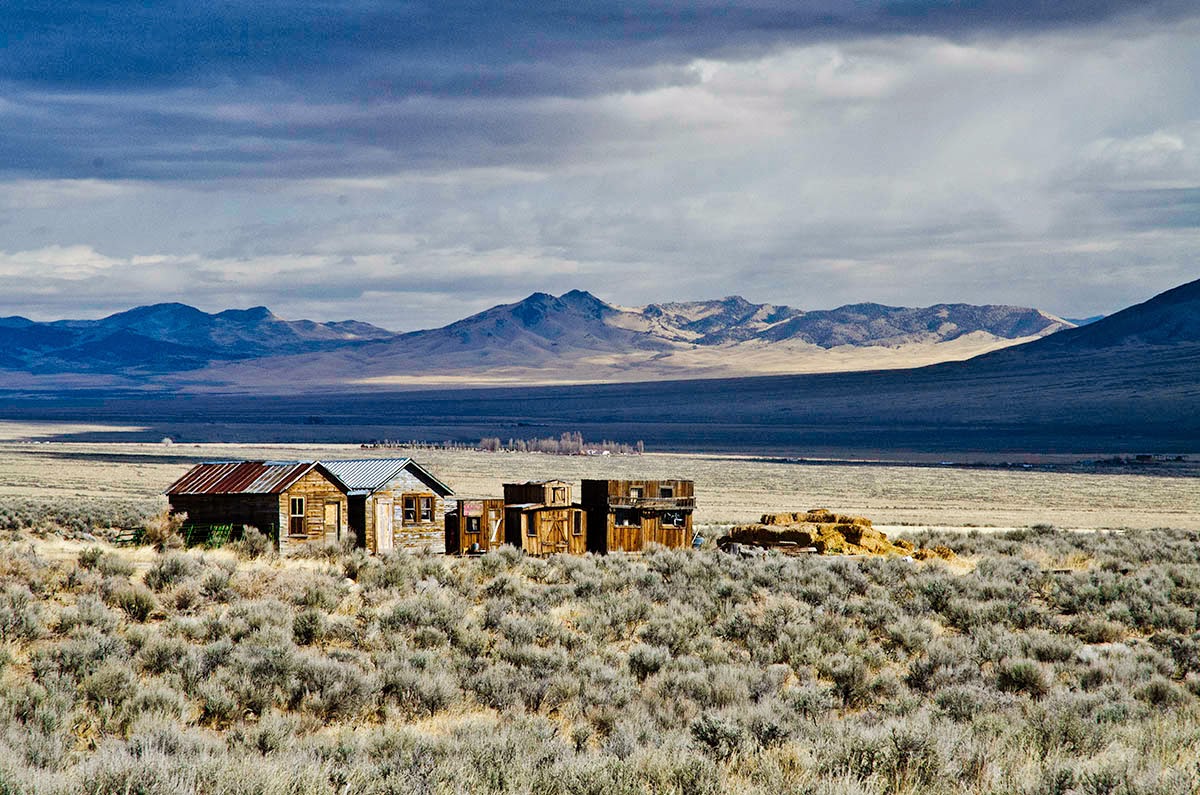 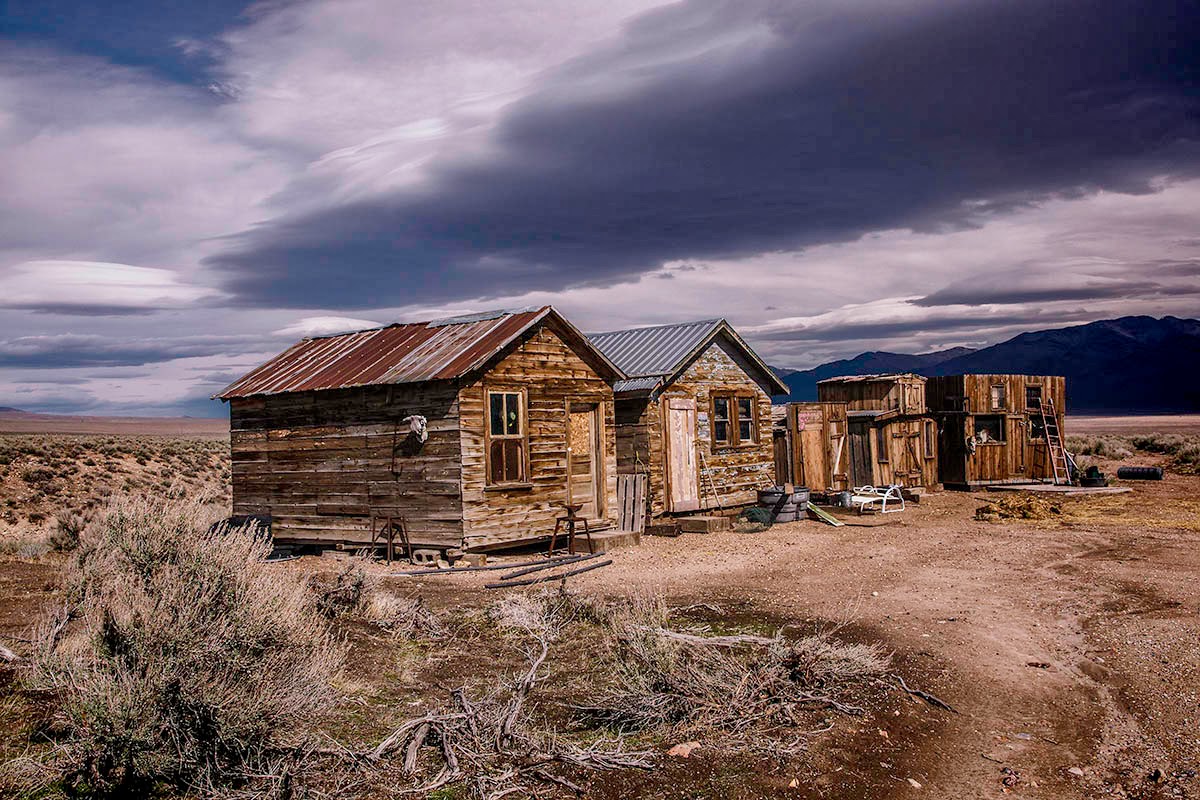