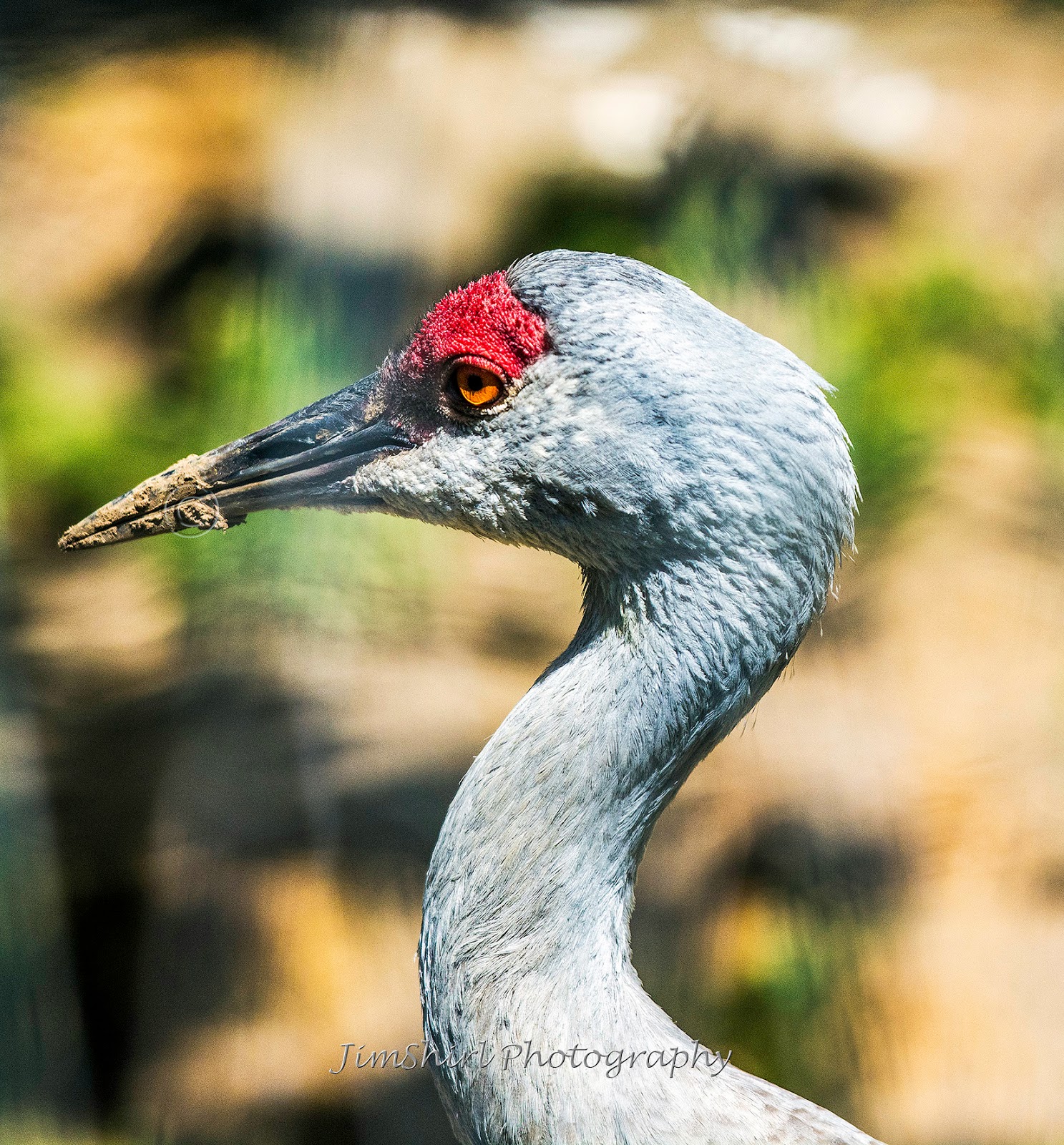 A soft rain was hitting our bedroom window as I drug my body out of bed. It was 5:00 AM and pitch black outside. I nudged my wife Shirley and said "good morning, time to go chase some cranes". "My God Jim, it is not even light outside!" "I know, I said but it will be light by the time we get there" " "Your sick", she said, "you need to get another hobby!". Yep, I know, it is some kind of addiction that makes us chase Sandhill Cranes, the way we do. The report we had was the first Cranes this year had arrived at the Consumnes Wildlife Area, with Desmond road the best spot to see them. We were there at first light, and there were no Cranes. No Cranes, few ducks, nothing but lots of Blackbirds. What to do? Lets try Woodbridge road. Maybe we will see some Otters or something? At the public viewing area on Woodbridge road there was nothing. I parked the car, grabbed the Nikon with the 150-600mm lens, and walked to the bench and sat down. A few cars drove in looked around and left. Nothing. And then I saw something move, 150 yards away, and behind some thistle plants. It was a Sandhill Crane! And then I saw 5 more, and then 10 more off in the distance. To our amazement two cranes walked out of some cover less than 100 yards away. And then to our amazement, one began to throw a stick up high into the air and leap and try and catch it before it hit the ground. 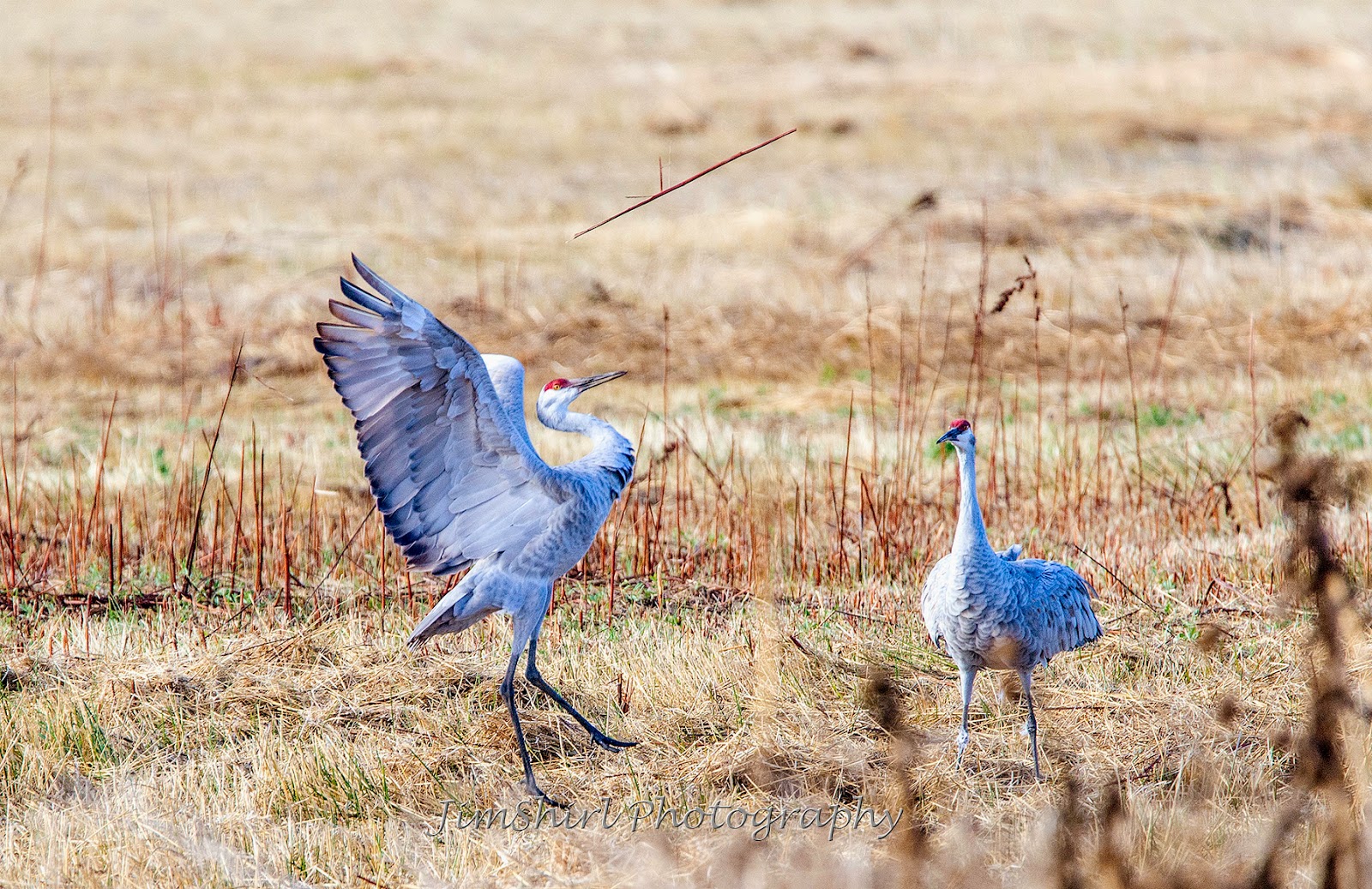 And then the Cranes began their dance! They leaped up high and were playfully poking with their bills at each other. The light was poor, but who cares? They were playing and doing their dance for us! 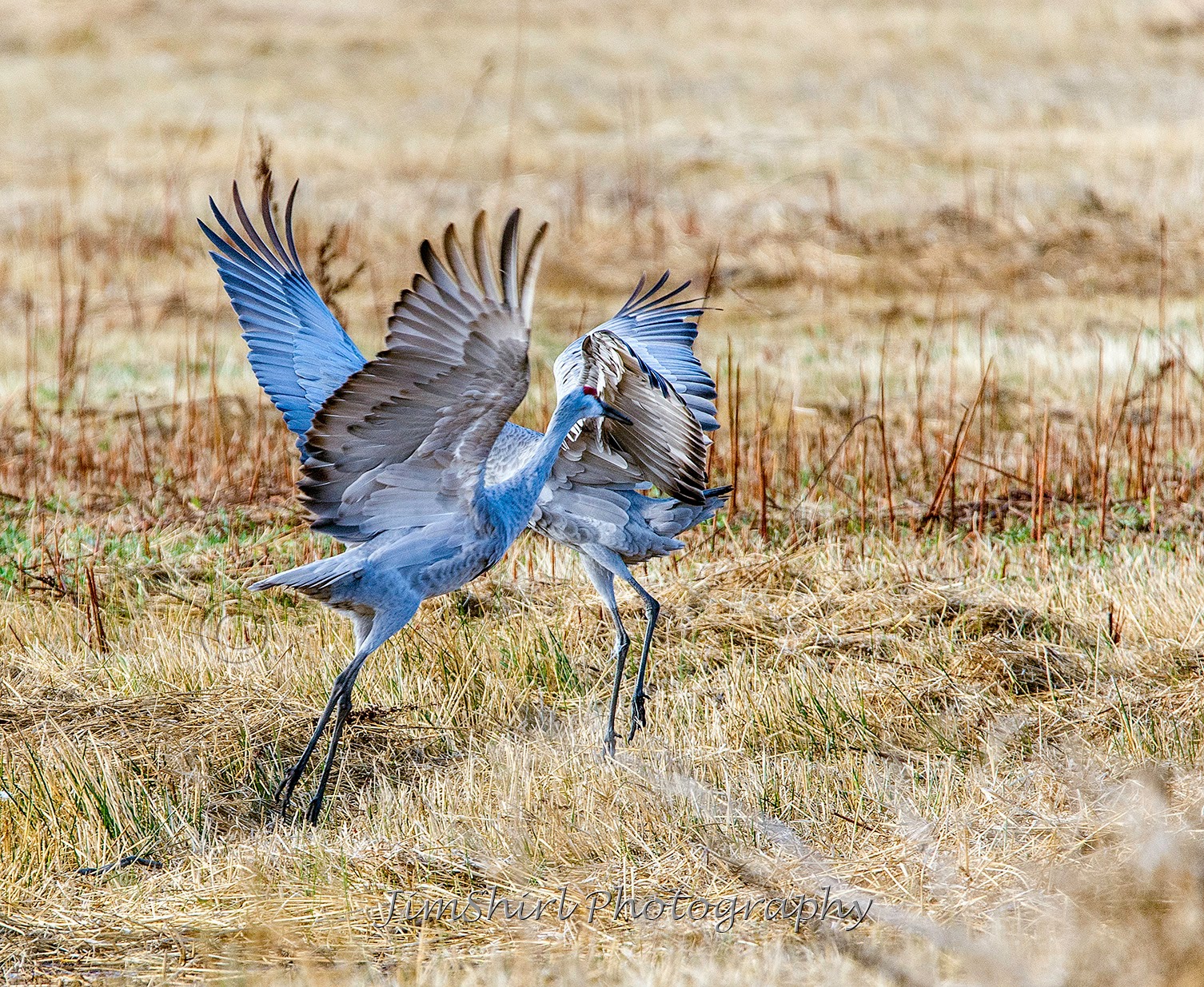 How could these birds know how hard we tried to see them perform? It was like they were performing just for us. The dancing and throwing the stick lasted for maybe 3 or 4 minutes and then they wandered on behind some growth where they could not be photographed. It was over. By 10:00 A.M. we were at Wimpy Marina and were ordering steak and eggs and biscuits and gravy.
Getting up this early does work up an appetite.As we waited for our order, Shirley remarked " I really love those Cranes!" When can we go again?