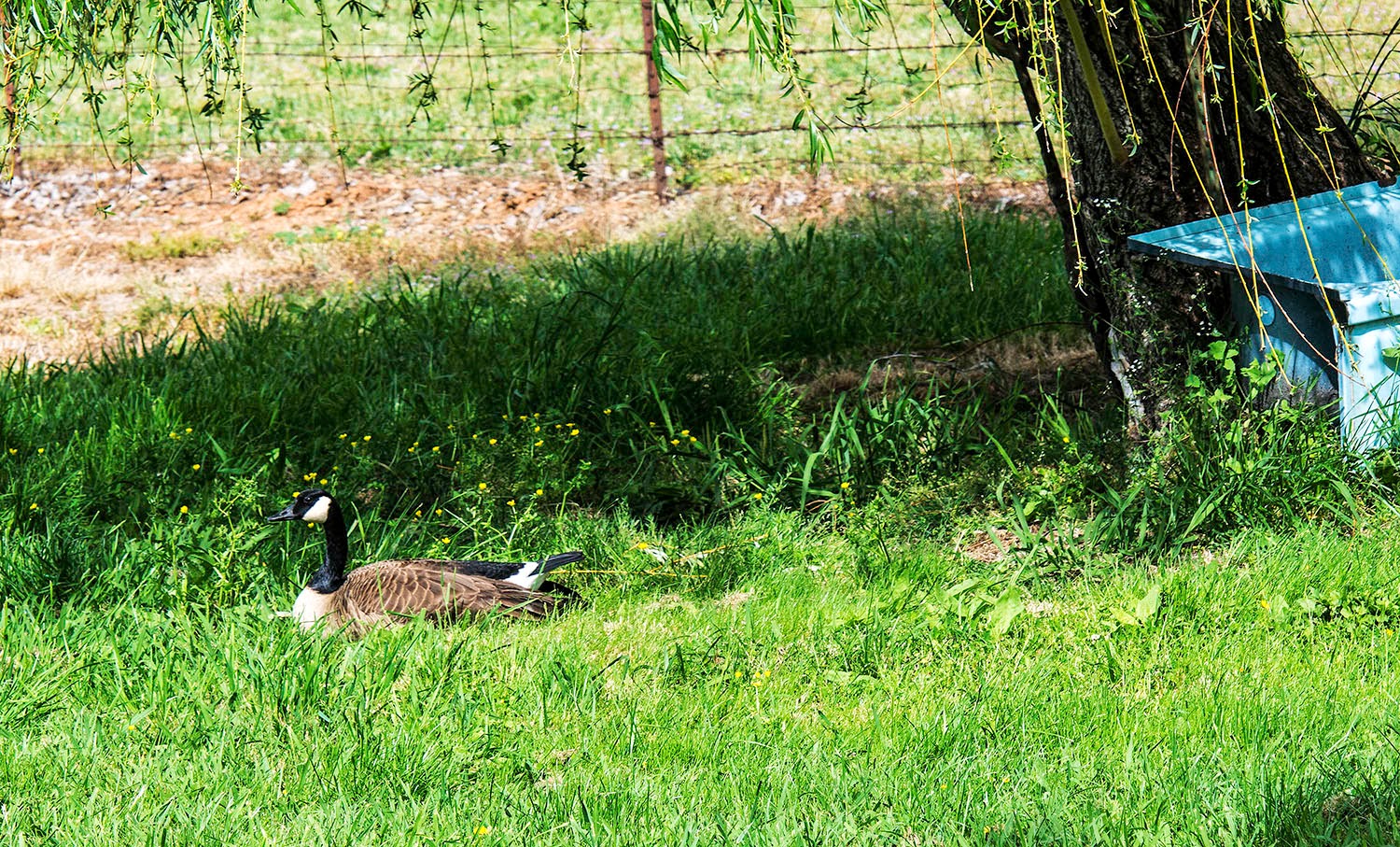 Our Loneliest Friend
By Jim and Shirley White

We have had a visitor to our home the past few weeks. It is a Canada goose, one of the species of wild Canada Geese that have made this part of the Sierra foothills their yearlong home. He has flown into our small backyard livestock pasture to rest and feed on our abundant green grass. A few weeks ago we had a pair of geese that would come and feed for a while and then leave. They never spent the night here. The goose that is here now, has spent two days and nights here 24 hours each day, this past week. He leaves for an hour or two to go where we do not know? I saw him land about 6:30 A.M. this Sun. morning so he went somewhere either last night or real early this morning. We are on a sort of a flyway here with geese flying over headed out to the Country Club golf course, or perhaps another pasture in between. They call to our goose as they pass over but he just looks up and says nothing. About 10 days ago we had a pair land to visit him, cackling loudly as they landed but he lowered his head and charged them and ran them off. He seems very content to feed by himself, preens by the hour, or just stares at the pairs of Mocking birds that are nesting just below our pasture. I had to mow the pasture last week and hated to bother him but he just stood and watched as I rode the mower back and forth for at least an hour. He moved from place to place to get out of the way of the mower but acted like he could care less about me.
I think our goose likes us because when Shirley and I sit on our deck overlooking the pasture and the goose, he often looks up at us. Shirley talks to him all the time. She wants to name him but I don’t believe in giving wildlife human names. After all, they are not human and deserve better than that. The bird biologist have named the Canada Goose, “Branta Canadensis” but who in the world calls them that. I just call him “Our Loneliest Friend”.