Wild in the Park 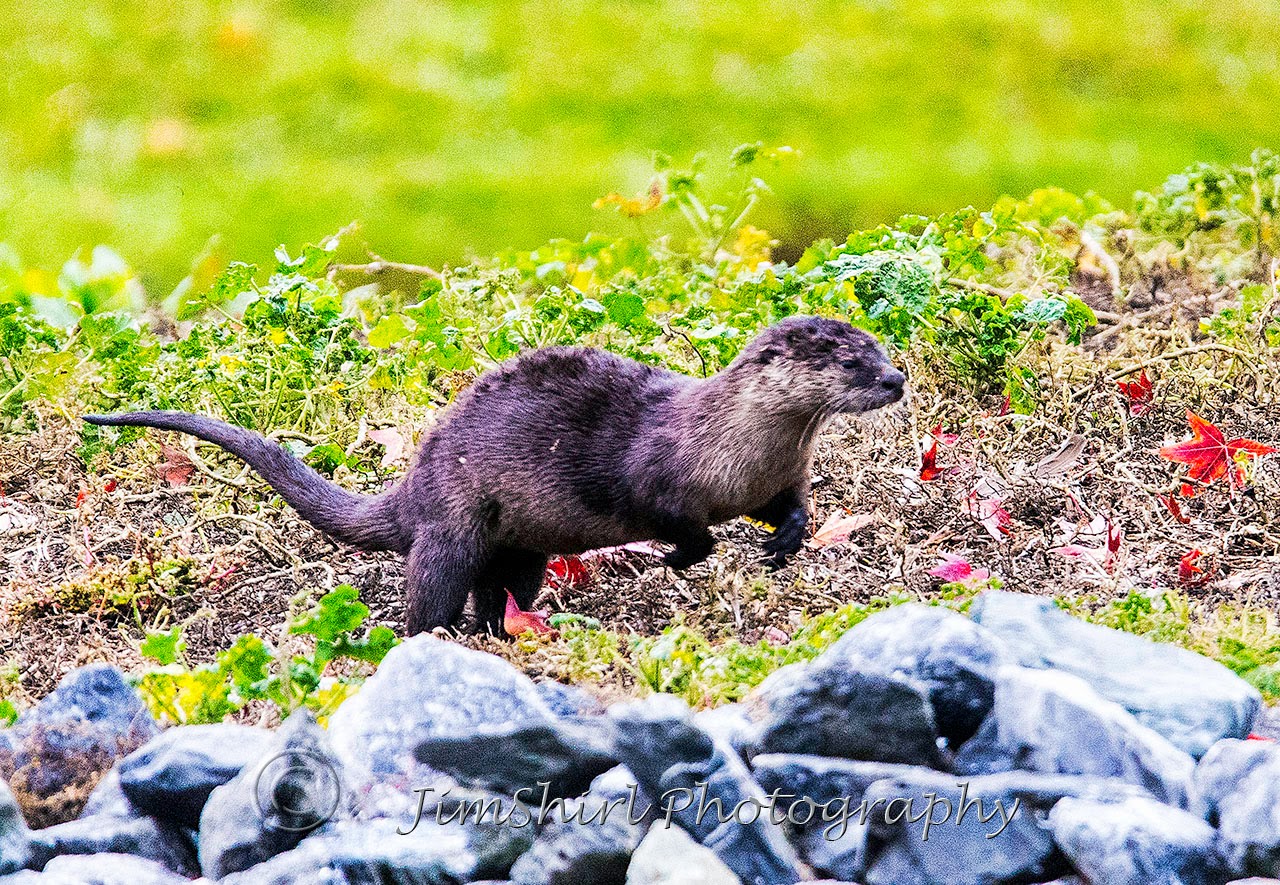 It was 5 AM when I looked out our bedroom window. The cloud deck looked low, it was really grungy. Not raining yet, but the sky promised it would not be long. I really felt like doing our early morning walk. The temp gauge outside said 39f. So I made the coffee and did my morning chores.
And then I got the idea! If it looked that bad to everyone else, maybe no one but Shirley and I would show up at the park this early morning. We have been a little concerned about safety wandering around the early morning in the park with expensive camera gear, a known gang headquartered nearby and the homeless person we meet upon occasion. With this kind of weather will they will stay under cover too? Let's go to the park and photograph wildlife! Shirley thought it was a dumb idea.

We started walking toward to lake at about 20 minutes before sunrise.What sunrise? The overcast was grim. But how thick were the clouds? We started out using our little fold out canvas stools and set up near the big island. We knew there were 4 river otters in the lake but as dark as they are how to capture the image in this poor light. Shirley let out a gasp and whispered " at your feet"! All I remember is little brown heads, long whiskers and big brown eyes starring right at me. Too close, camera won't focus. They were a wild and rowdy bunch. They played together constantly. They were all over the pond. Our only hope was to get them on the island. We did but most of the shots were throwaways. 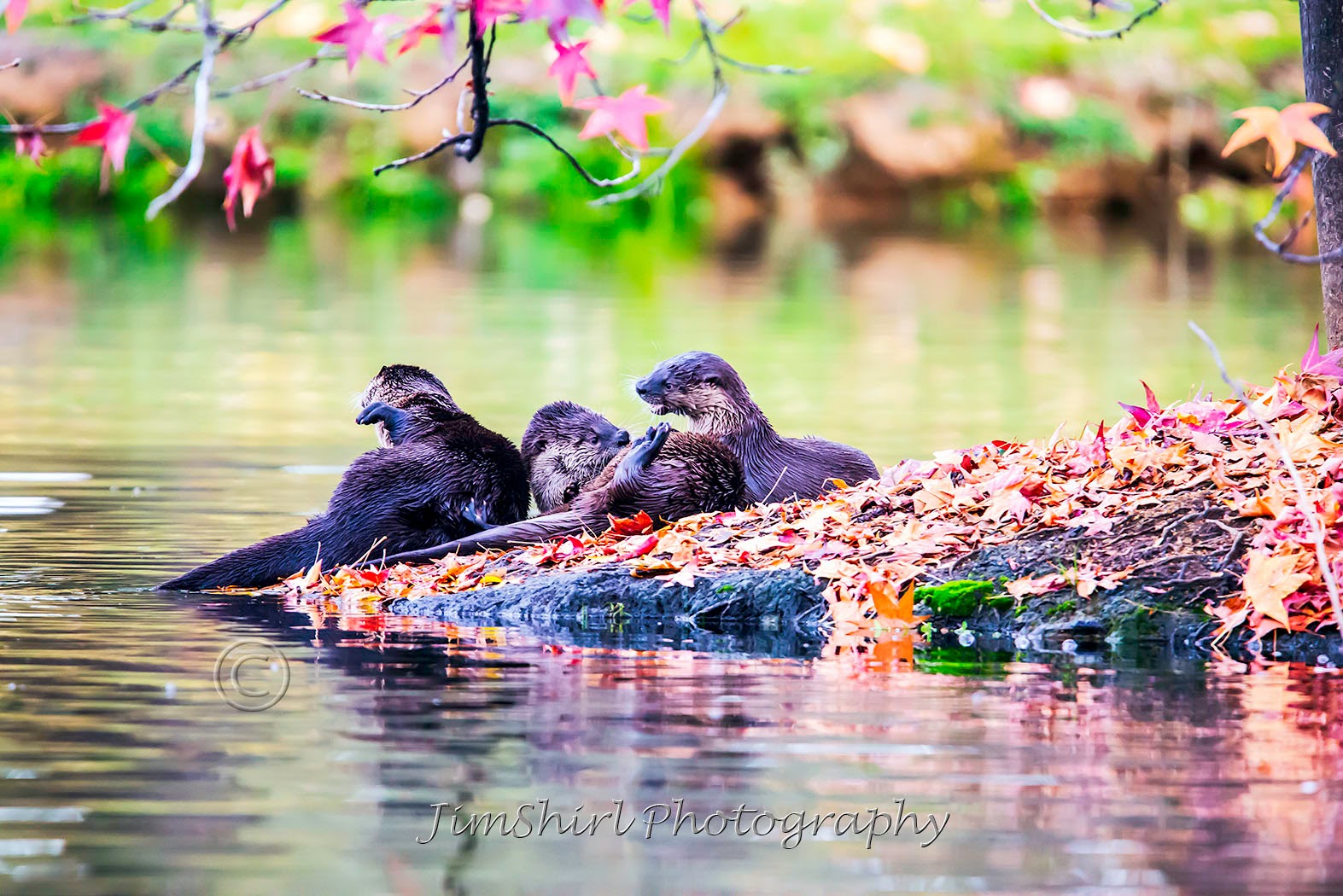 I checked my LCD screen and I could not believe the color. A slight improvement in the light.
First the Golden Eyes swam past us and then the Buffleheads. These diving ducks from the far north are our notice that the northern birds have really made it back!
Only one person approached us, wanting to know where he could find our pictures. Seemed like a nice guy, a banker or perhaps a local Judge? The bad guys just don't get out of bed very early I guess. 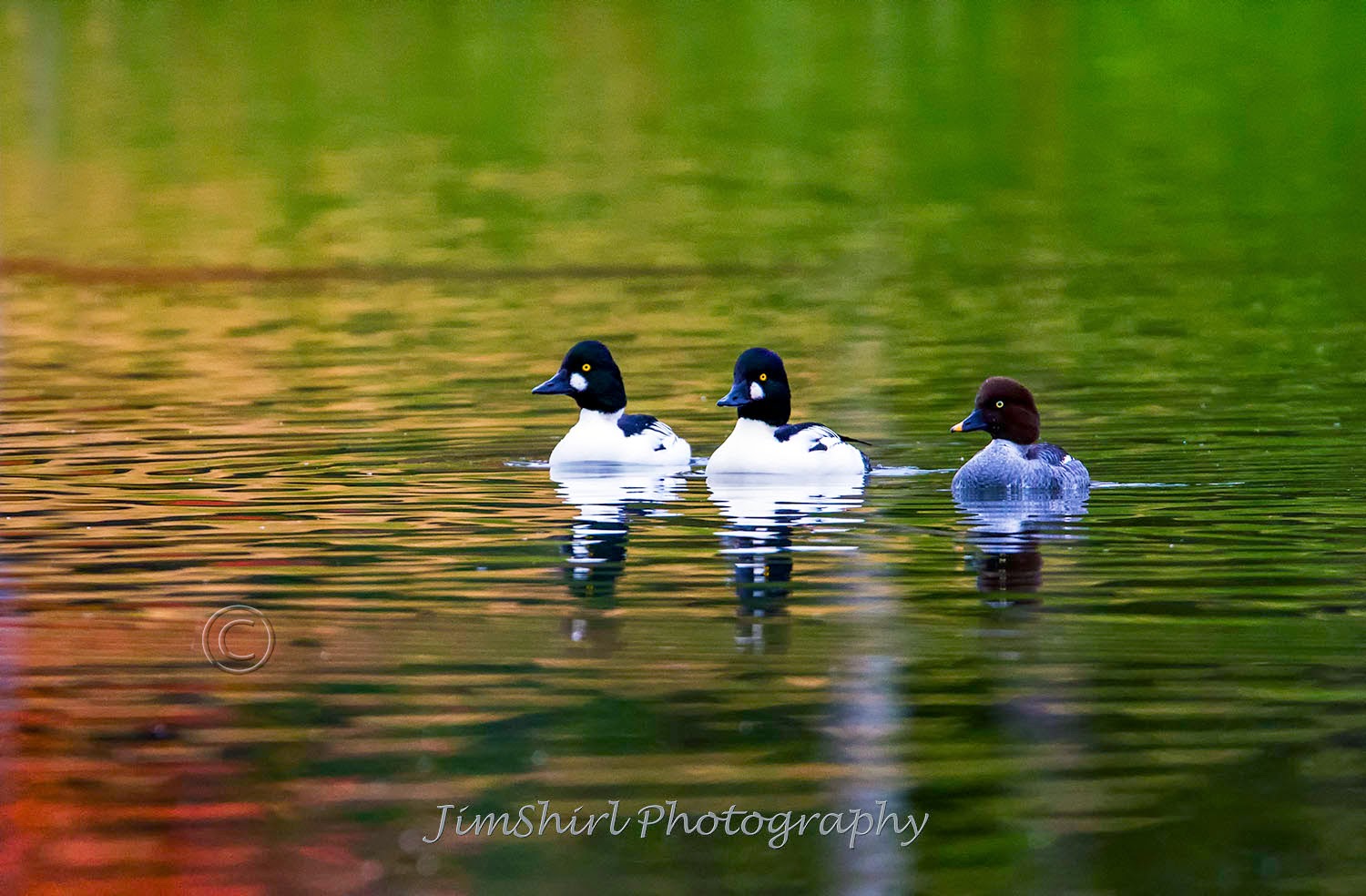 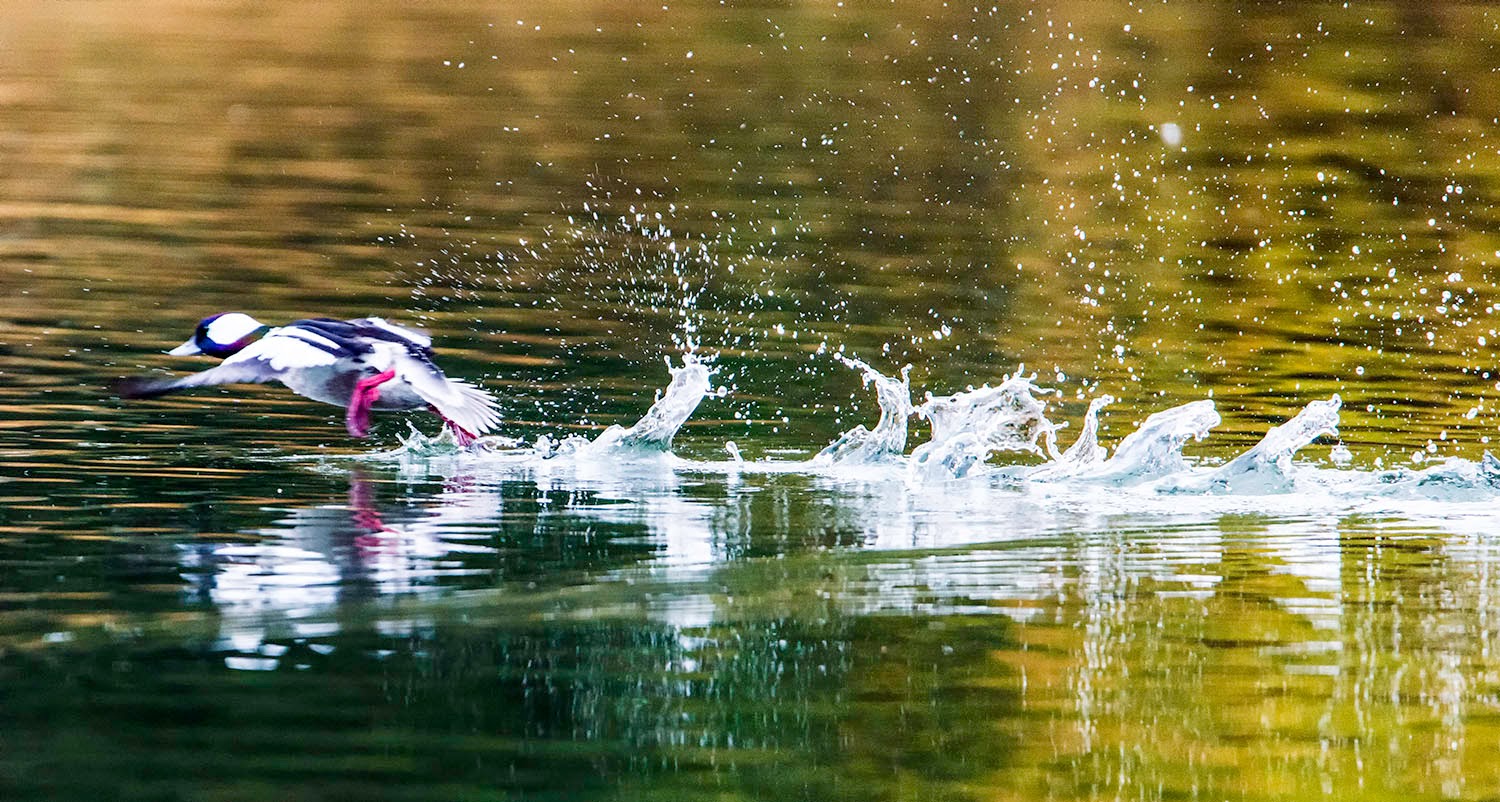