The Sierra Without Snow 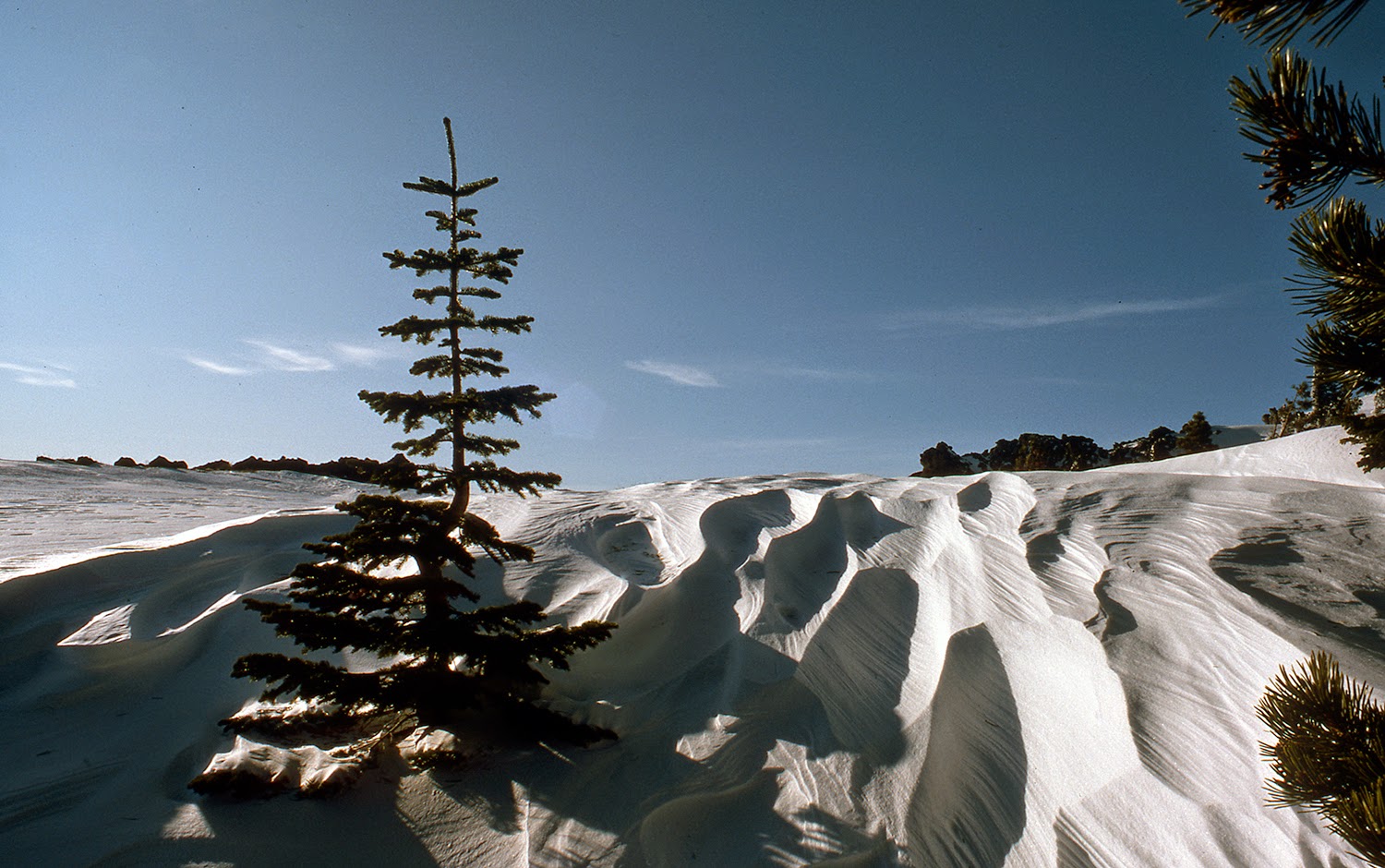 For more than 20 years during the latter part of March, some of my friends and I would ride the summit ski lift at Alpine Meadows.Ski Resort and ski west into the wilds of the Granite Chief Wilderness area.We would ski down the backside of Alpine,cross Five Lakes Creek, ski up and pass Elephant's Head on our left, cross over Mt. Mildred, and then ski down Chipmunk Ridge to the French Meadow Reservoir  where we would be picked up by a friend. It was a three day trip most of the time. One time because of a big storm it took us five days.  The snow would be from five to thirty feet deep. Never was the lack of snow a problem. The last time I looked at the calendar it was March, so where is the snow this year?

We drove into Hell Hole Reservoir yesterday to see for our selves. As we approached Hell Hole we met Jason, the Placer Water Agency winter tech who spends the winter, usually snowed in at Hell Hole. When I asked how the winter had gone, he remarked " what winter?". There was maybe 3-4 inches of snow on the road where we met and Jason said the snow lasted about 200 yards down the road and that was it! No winter, no snow. The road between Hell Hole and Chipmunk Ridge did have maybe 4 in. of snow, but of all things, there were deer tracks heading up hill, climbing to their summer range. You can see Mt. Mildred which is 8398 feet elevation in this picture with only a patch of snow to be seen. 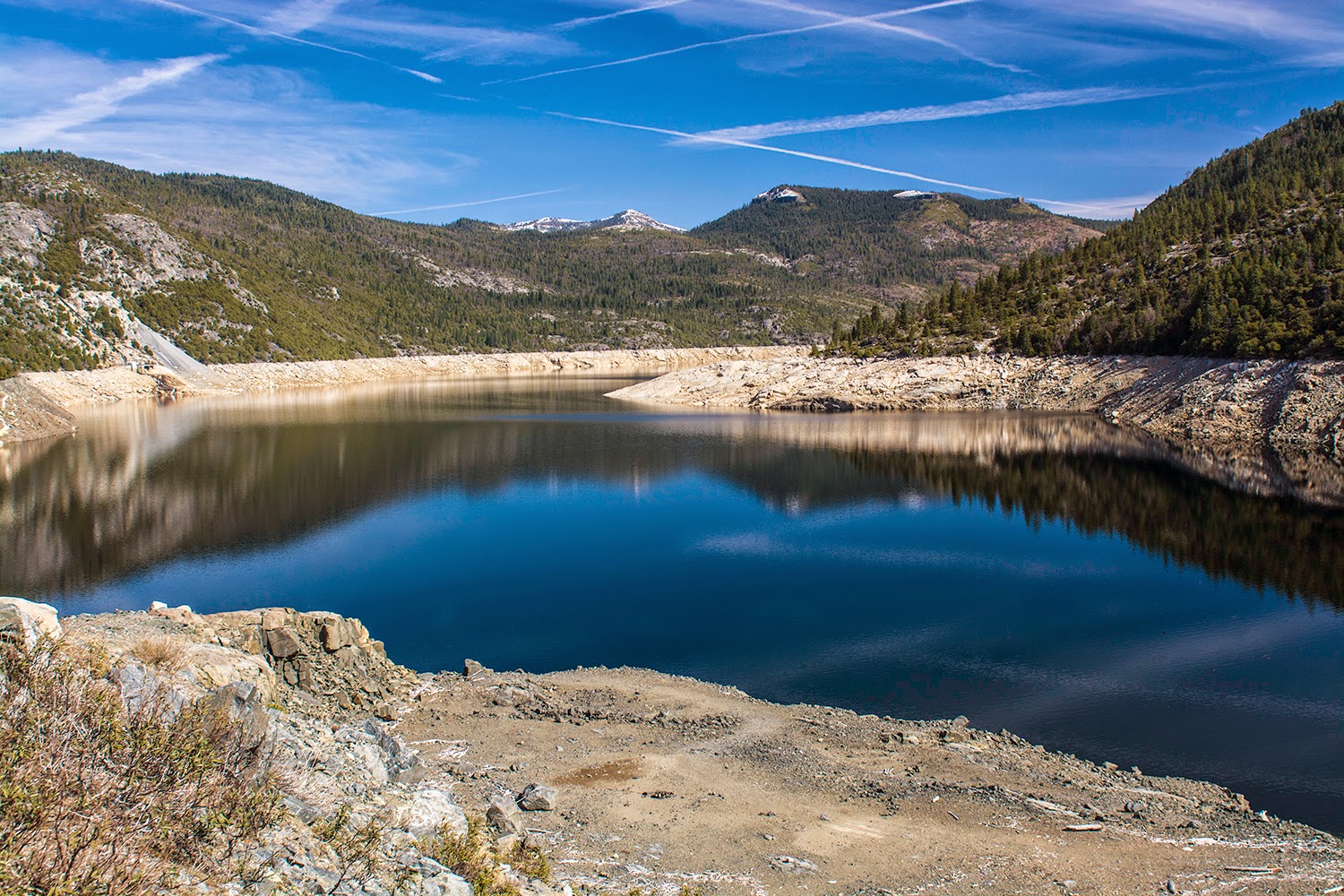 Here is Lt. Ken Nilsson Calif. Fish and Game  checking the refuge boundry on our trip back in the 1970's, with six feet of snow beneath his skis.How the world is changing. 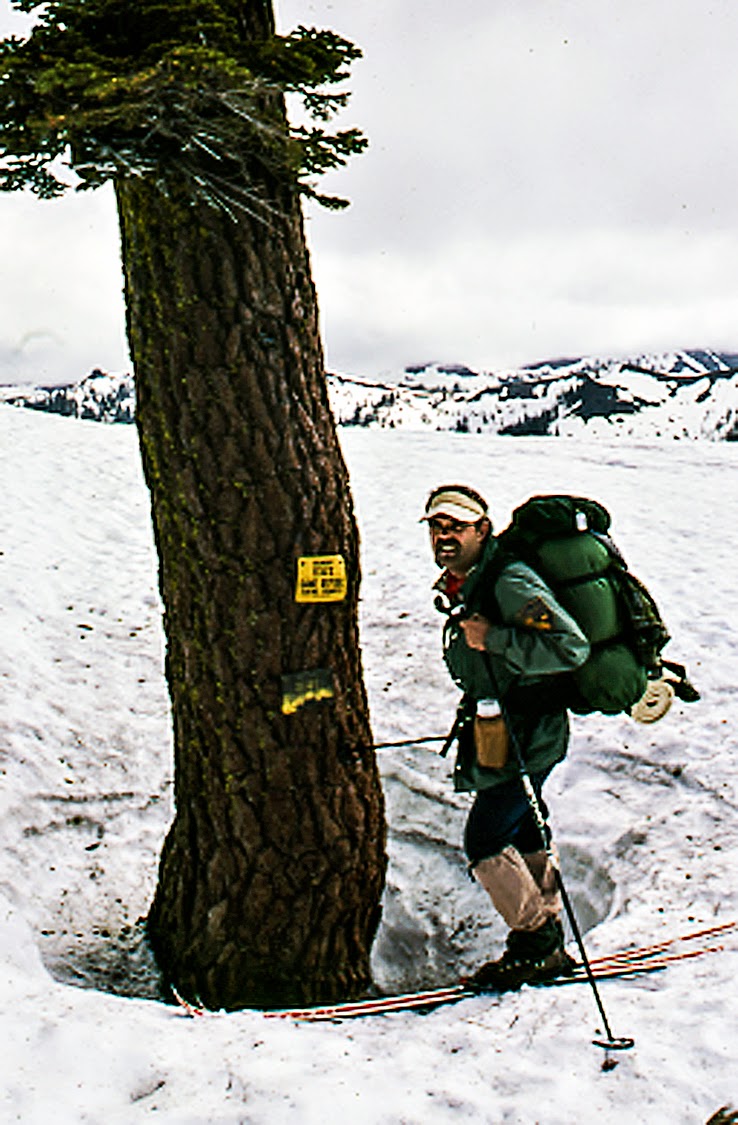