SO WE HAD A LITTLE SNOW

BY JIM AND SHIRLEY WHITE 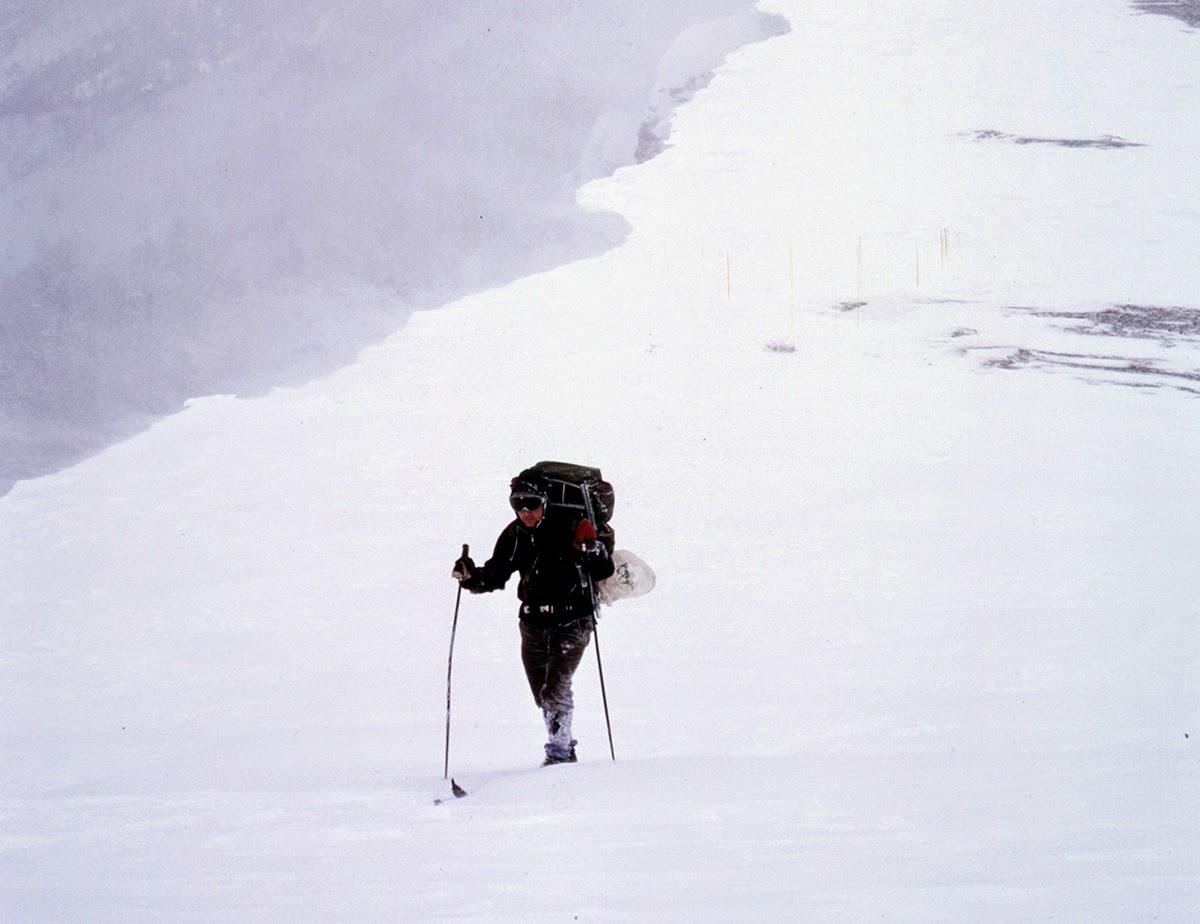 For a mountain pass like Donner Pass, I don't think we could call this event a snow storm.
Maybe a few snow flurries. Back in the 1950's and "60's few would remember this event as a snow storm. The above picture where we were skiing along the crest from the Benson hut to Mt. Lincoln a storm would produce cornices like you can see in this picture, with the potential of avalanches to follow. That is what we liked about the 1950's. Three to five feet of new snow during the first few days of the storm, with more to come later in the week. There was a feeling of excitement and adventure back country skiing in those "real" snow storms. We had to learn how to find safe routes, camp using natural shelters, learn that storms were the reason the mountains were so great. Once you got into shape each year it was easy and fun. Somehow the Sierra is not so great this year, I guess because of the lack of good snow storms. I took the Donner Lake pictures just after this last event.
I remembered how cold and hard the ice was on Donner Lake when we skied across the lake in late February one year during the '50s.Of course if you look real close there is still some beauty to be seen. But us "old timers" can't feel that excitement or feelings of adventure we felt during the storms of old. 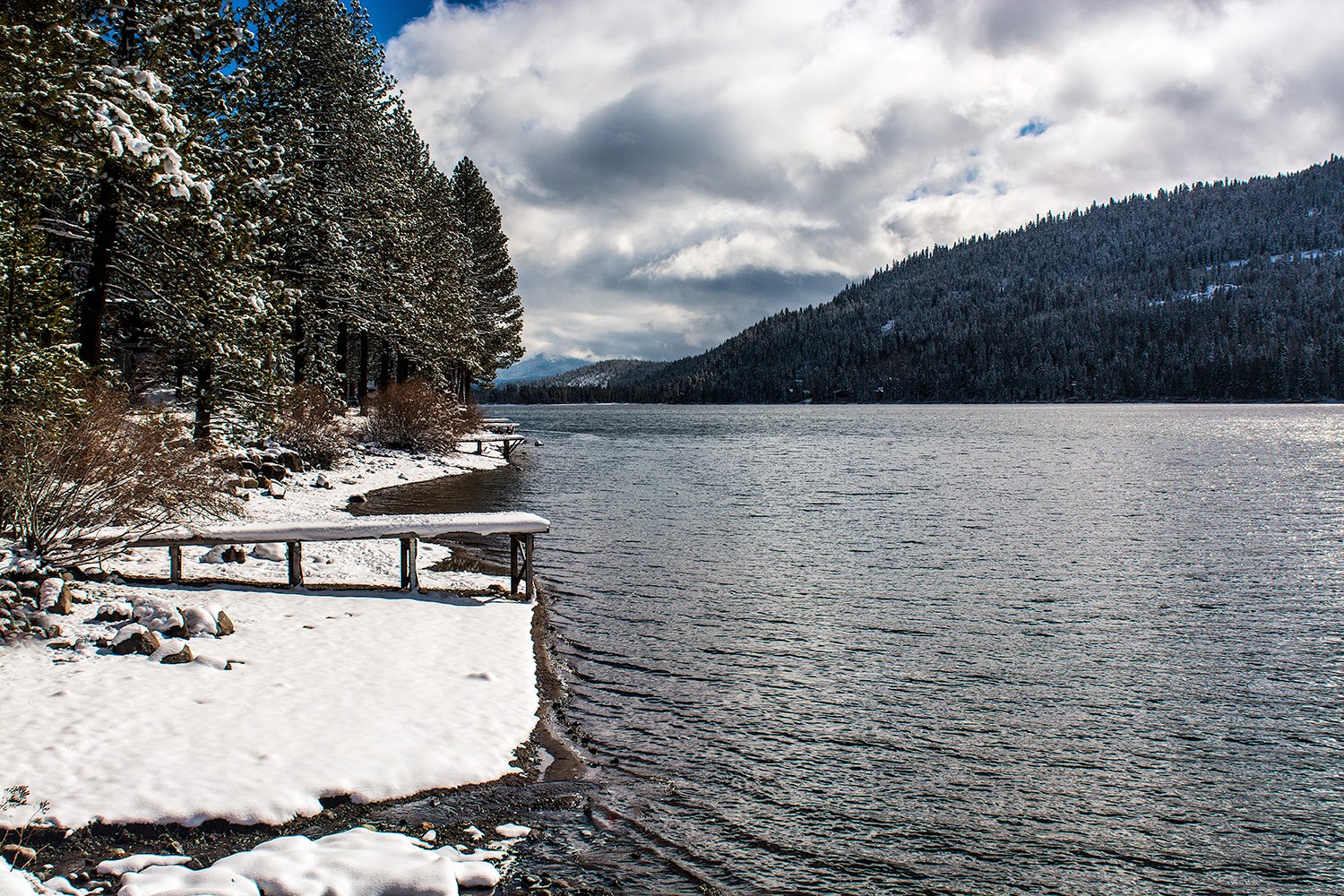 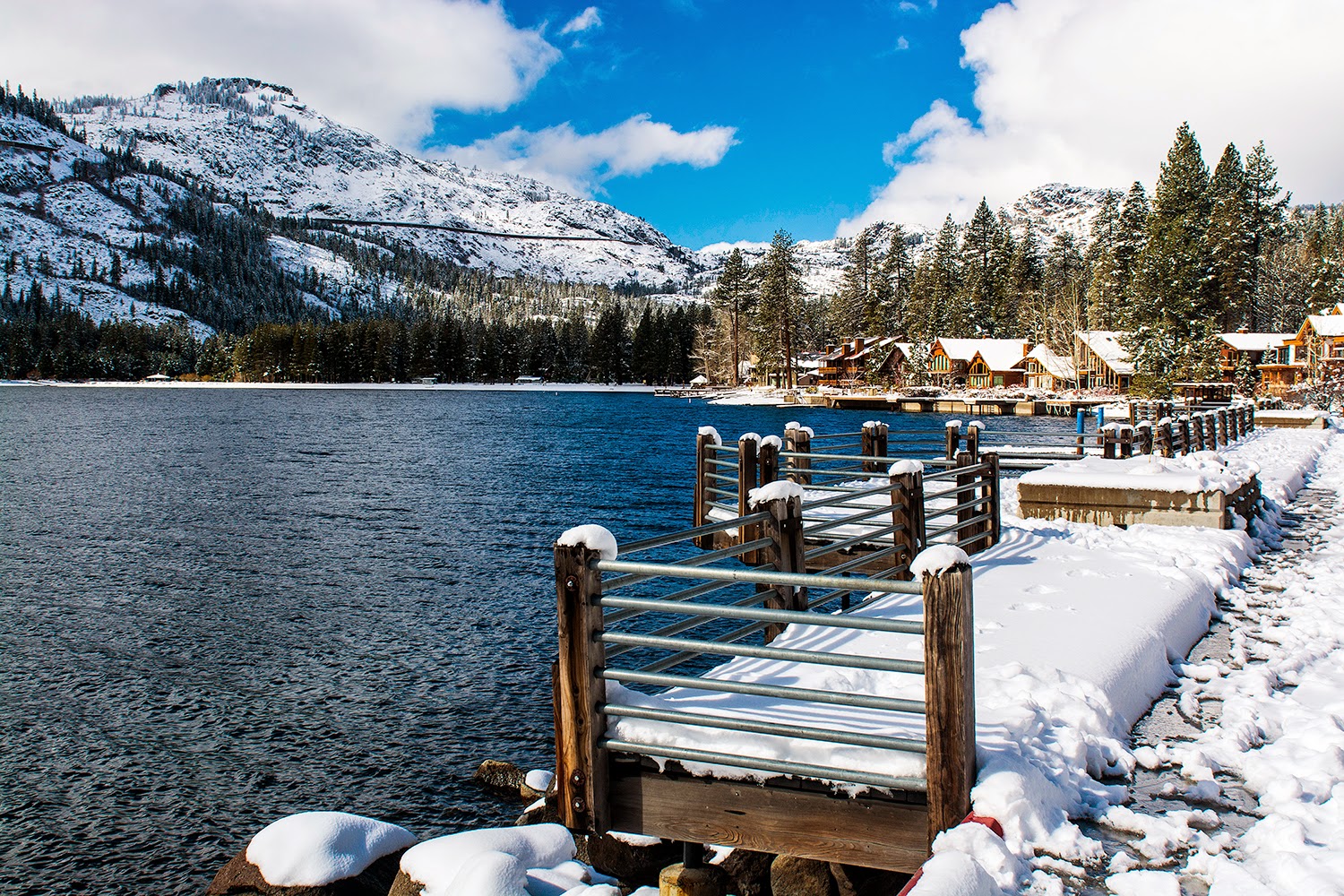